India: The Maharashtra police on Wednesday said that the mob which on Sunday lynched five Nomads over suspicion that they were part of a gang of “child lifters” in Dhule wanted to burn the bodies on the spot. According to the police, the mob was not satisfied by just killing them. “They wanted the bodies to be burnt there only,” the police official said.
The police said, there was so much of anger in the mob that they tried to prevent the police physically from taking custody of the bodies.
“The villagers saw the men, who were dressed in strange attires, offering biscuits to small children. This aroused suspicion that they wanted to kidnap the children,” Sakharam Pawar, a former sarpanch of Rainpada told PTI. He said that messages were already being spread on WhatsApp about children being kidnapped and killed by outsiders and their kidneys sold.
Read | Dhule mob thumbed nose at police: They are dead, take them away
The men were first beaten at Kakar pada village and then dragged for over 1 kilometre and brought to Rainpada. “They were being continuously beaten on the way,” added Pawar. 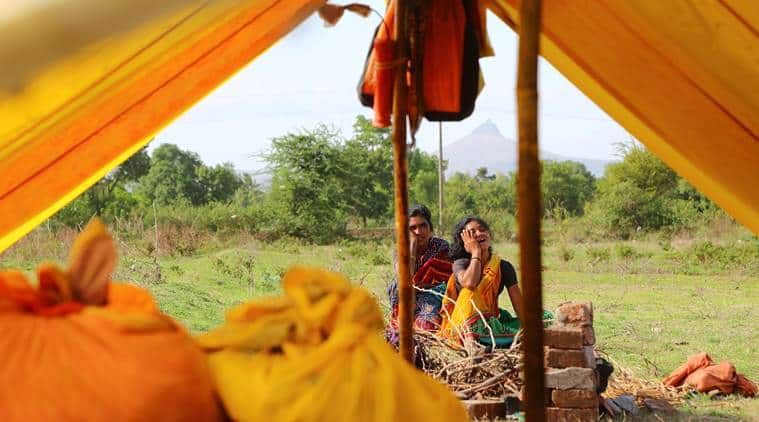 The widows of the victims who were lynched to death by a mob who suspected them of child lifters. (Express photo by Prashant Nadkar)
Vishwas Gangurde, another villager, said when the five men were brought to Rainpada, the villagers tried to intervene and asked people of the adjoining villages to let them give their version.
Read |   Probing source of rumours, police check if they started outside Dhule
In one video clip, a victim can be seen pleading for help, while the bloodied bodies of the other four victims are lying on the floor. The person shooting the video can be heard warning the victim, “tujhe marega phirse (I will hit you again)”.
When the police had reached the spot, all five were killed. The provocation was apparently the rumours on social media which suggested that a gang of child-lifters was active in the area.
Posted by Habib Siddiqui at 10:10 AM