Showing posts from May, 2018
Show all

Israeli minister threatens to destroy Gaza “once and for all”

May 31, 2018
To read the original piece by Ali Abunimah , click here . ======== As Israel bombed it dozens of times in the past day, a senior Israeli minister has incited the total destruction of Gaza. On Tuesday, Israeli army radio tweeted the comments of energy minister Yuval Steinitz, who stated, “I do not rule out the possibility of conquering Gaza and destroying it once and for all.” As Israeli journalist Asaf Ronel pointed out, Steinitz’s words as quoted by army radio are unambiguous in their reference to Gaza itself being destroyed: On Tuesday, Steinitz made similar statements to the publication Ynet : “We may have no choice, we will have to strike in Gaza and conquer it, and put an end once and for all to this terrorist regime.” In that interview, Steinitz appears to be referring to Hamas and Islamic Jihad, two political and military groups that carried out rocket and mortar strikes against Israel on Tuesday after months during which not a single such projectile was fired from
Post a Comment
Read more

One-Third of US Military Injuries in Iraq, Afghanistan Were Non-Combat 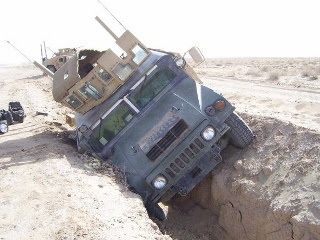 By Jason Ditz The Journal of the American Medical Association has published a paper analyzing the causes of US non-combat injuries over the course of 12 years of conflict in Iraq and Afghanistan. They found accidents to be an enormous and consistent cause of casualties. Over the 12 years, they found that roughly 33% of the 30,000 US soldiers wounded in the wars were actually wounded in accidents or other preventable non-combat injuries. 11.5% of all deaths were also non-combat. This is an increase over past generations, with about 13% of Vietnam War hospitalizations being unrelated to combat, and 25% in Operation Desert Storm. In the current study, 21.3% of the wounded were from falls, and 18.8% from automobile accidents. 6.8% of the non-combat injured were injured while participating in sports. Doctors said that the study should be a “wake up call,” as the three leading causes of injuries were all mostly preventable. Meanwhile, incidents you think would be more common, like unin
Post a Comment
Read more

Ishaan Tharoor: Italy’s thwarted populists may have their revenge on Italy

May 30, 2018
The leaders of Italy’s two main populist parties appeared to be throwing down a gauntlet at Europe last week, forming an anti-establishment government that they imagined would act on their staunchly anti-Brussels agenda. But on Sunday, Italian President Sergio Mattarella picked that gauntlet up and delivered his own challenge. Mattarella, who holds rarely used veto power over cabinet ministers, blocked the appointment of 81-year-old Paolo Savona as finance minister, citing Savona’s long-held opposition to the euro. Neither of the two parties forming Italy’s coalition government — the anti-establishment Five Star Movement and the ultranationalist League — had campaigned on exiting the single currency, and Mattarella suggested he was acting in the country’s interests by vetoing Savona. “The adhesion to the euro is a choice of fundamental importance for the perspectives of our country and our youth,” he said. “If you want to talk about it, we need to do it openly and with a s
Post a Comment
Read more

No godfathers will be spared: PM Hasina of Bangladesh

May 30, 2018
Prime Minister Sheikh Hasina yesterday said steps would be taken if any innocent became a victim of the ongoing anti-narcotics drive. If anyone committed anything wrong during the drive, he would surely be tried, she said. “Please show us at least one incident from what happened so far whether any innocent became a victim of it.” Hasina was speaking at a press conference at the Gono Bhaban in the afternoon. The programme was organised to brief the media about her recent tour of West Bengal, reports UNB. Mentioning that drug was like a disease in the society, she said more than 10,000 drug dealers and users were arrested in the drive, but no newspaper covered it properly. While conducting the drive, the government did not consider whether a person was a “godfather” or a “don”, the PM said. The government did not launch the operation all of a sudden, she said. “Intelligence agencies have collected information for a long time. They have worked on those involved in it...we have put
Post a Comment
Read more

Lebanon is not Hezbollah, Gaza is not Hamas

May 30, 2018
by Halim Shebaya Israeli public relations efforts to turn attention away from inconvenient realities and distract public opinion rest in large part on promoting simplified, dumbed-down messages. Those are easily parroted by complicit media outlets, think-tanks, pundits,  and by some journalists who prefer the sensationalism of "Iranian mullahs", "Hezbollah plots" and "Hamas terrorists" to the more complicated dynamics of the region and individual countries. Of course, in some situations, this is a good way to avoid an uncomfortable discussion about apartheid and occupation for fear of being labelled anti-semitic. One clear example of such dumbed-down messages is Israeli education minister Naftali Bennett's "Lebanon = Hezbollah"  tweet  after Lebanon's parliamentary  elections  on May 6. "Israel will not differentiate between the sovereign State of Lebanon and Hezbollah, and will view Lebanon as responsible for any action from wit
Post a Comment
Read more

Both countries signed a cooperation agreement to “mutually verify school textbooks, particularly concerning the passages referring to the history of the other state." Controlling how history is taught also gives you control over how people think about their past and present, and the Israeli and Myanmar governments are well aware of that. RELATED: Israel Continues Arms Sales to Myanmar Amid Rohingya Crisis The governments of both governments signed an education cooperation agreement Monday allowing them to rewrite their own history in each other's textbooks, contributing to a more benevolent image of them and their responsibility in ethnic cleansing against the Palestinians by Israel and against the Rohingya muslims in Myanmar.  According to the agreement, of which the Israeli newspaper Haaretz got a copy, the countries will “cooperate to develop programs for the teaching of the Holocaust and its lessons of the negative consequences of intolerance, racism, an
Post a Comment
Read more

Myanmar military could be investigated over Rohingya abuses 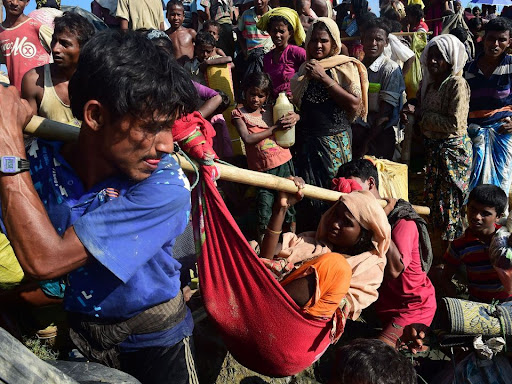 By Alex Crawford , special correspondent Lawyers for 400 Rohingya refugees are to urge the International Criminal Court (ICC) to investigate the Myanmar military. The refugees are arguing that without getting justice for what has happened to them, the crimes will continue and spread to other ethnic groups. Senior diplomats from the 15-member security council travelled to Bangladesh earlier this month to see first-hand the situation of the 700,000 Rohingya refugees who fled there from Myanmar military abuses. :: Explained: The Rohingya refugee crisis Image: 700,000 Rohingya refugees have fled to Bangladesh The UK ambassador Karen Pierce said all members considered the Rohingya issue to be "one of the most significant human rights cases we have ever faced in the last decade", adding that "something needs to be done". Sky cameraman Martin Smith, producer Neville Lazarus and myself witnessed some of the widespread human rights violations when
Post a Comment
Read more

'Deeply Disturbing' Conditions For Rohingya In Myanmar, And Those Yet To Return 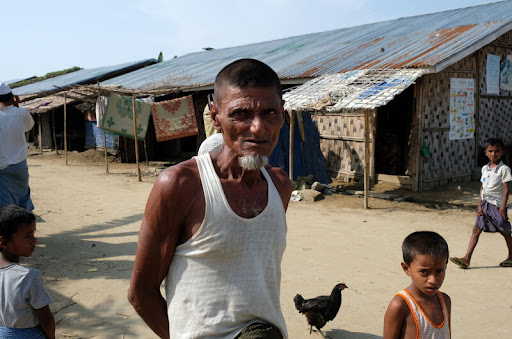