Showing posts from June, 2019
Show all

What if Palestinians ran with the money? 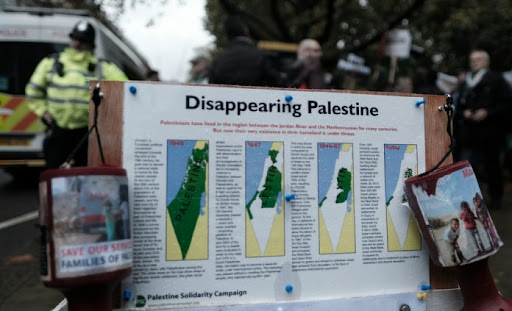 By Dr James Zogby 🔊 Listen to this I wasn’t at the “Peace to Prosperity” Summit, but I listened to some of the speeches and read the documents the White House produced for the event. Nothing that I saw or read changed my belief that the entire affair was long on fantasy, short on reality. Even with that, however, a heretical thought came to mind – but more on that later. Let me make it clear at the outset that I am a fan of imagining the future. During the Clinton Administration, my mantra with regard to the Israeli-Palestinian process was that what was needed was “a vision of the future that was so compelling people would be drawn to it.” Back then, there was still the hope that a political solution could be found leading to an independent Palestinian state in the territories that Israel had occupied in 1967, with East Jerusalem as its capital. It was such a vision that led Yasser Arafat to imagine, that with independence, Gaza could become like Singapore. With
Post a Comment
Read more

My Thoughts on the G20 Summit in Osaka

June 29, 2019
By Habib Siddiqui The 2019 G20 ( Group of 20 nations ) Osaka summit has ended in Osaka, Japan. It is the fourteenth meeting of G20. It was held on 28–29 June 2019 at the International Exhibition Center in Osaka. It was the first G20 summit hosted by Japan. The G20 is an international leaders' forum comprising 19 countries and the European Union . The G20 nations include: Argentina, Australia, Brazil, Canada, China, France, Germany, India, Indonesia, Italy, Japan, Mexico, Russia, Saudi Arabia, South Africa, South Korea, Turkey, the UK and the USA, which were all represented by their respective leaders except the Kingdom of Saudi Arabia that was represented by its Crown Prince MBS. Collectively, the grouping represents more than 80 percent of the world's economic output and two-thirds of its people. Its primary aim is to promote international financial stability. However, since economics cannot be separated from politics the summit offers a good venue for such discussions
Post a Comment
Read more

By Rana Ayyub who is an Indian journalist and the author of Gujarat Files: Anatomy of a Cover Up                  On June 22, a viral video did the rounds on social media in India. A young Muslim man tied up, bleeding profusely all over his body, hands folded, was being lynched by a mob that forced him to chant of ‘ Jai Shri Ram ’ and ‘Jai Hanuman.’ (Glory to Lord Ram and Lord Hanuman.) The man, later identified as 24-year-old Tabrez Ansari, was beaten for hours until he died at the hands of a Hindu mob in the eastern state of Jharkhand. The death of Ansari, who married less than two months ago and is seen crying and begging for mercy in the video, has sparked protests in cities across India. His family says they were threatened by the police with a similar fate when they begged to get him treated while he was in custody, according to a report in The Wire . Police have arrested at least 11 people over the attack. Ansari became the first victim of hate crime in the second term
Post a Comment
Read more 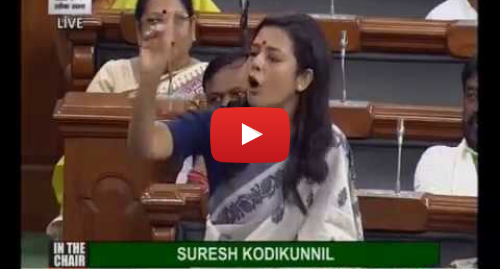 BBC News A spirited turn at the mic by a first-time female MP in India's parliament, in which she listed the "signs of early fascism", has been hailed as the "speech of the year" on social media. Mahua Moitra, of the opposition Trinamool Congress Party (TMC), said she had seen a list of the early warning signs of fascism on a poster in the Holocaust Memorial Museum in the US. She said she was reading the points to show that India's constitution was under threat and the country was being "torn apart" by the ruling party's "lust to divide". Ms Moitra began by acknowledging the Bharatiya Janata Party's landslide victory in the recent general elections. In the vote, Indians across the country demonstrated unequivocally they wanted the BJP and Prime Minister Narendra Modi back in power for a second term. The scale of victory stunned the opposition and pundits, who were expecting a much closer race. Ms Moitra, however,
Post a Comment
Read more

HIndutvadi fascism is alive and kicking inside India

India under BJP rule of Narendra Modi is becoming a fascist Hindu state where the lives of minorities, esp. Muslims, are becoming very difficult. They face daily lynching in the hands of Hindutvadi fascists. Indian Fascism has become a topic of due of concern for many. Unless, this ugly ideology is arrested, its hatred will engulf the entire subcontinent and create a mayhem that is undesirable.  See the report below from Al Jazeerah on a recent Hindutvadi violence against an unarmed Muslim: ====== Protests in Indian cities after Muslim man beaten to death Prime Minister Modi said he was 'pained' by the lynching of the 24-year-old by Hindu mob in Jharkhand state. by Bilal Kuchay 27 June 2018 21 hours ago Protests were held in various parts of India on Wednesday [Bilal Kuchay/Al Jazeera] more on Asia 11 students die when bus falls into gorge in Kashmir today Kyrgyzstan strips ex-leader of immunity, paves way for charges to
Post a Comment
Read more
More posts