Showing posts from May, 2019
Show all

The Indian elite and the erosion of democracy

May 31, 2019
By Pragya Tiwari On May 23, the weeks-long elections of the world's largest democracy delivered a stupendous victory for the incumbent Bharatiya Janata Party ( BJP ) and Prime Minister Narendra Modi . A second term for a party which is pursuing a Hindu majoritarian agenda defying India's secular constitutional order is bound to have repercussions on India's sociocultural fabric and institutional framework. It is early to say what these elections might portend but they are already fuelling anxieties among the social and economic elites about an impending transformation of the country. Much of the public discourse is blaming the opposition parties for failing to stem Modi's meteoric rise, public institutions and mainstream media for allegedly being partial towards the ruling dispensation, and voters for not knowing better than to vote in a government that will upend the Indian democracy and constitution. The blind spot in the torrential outrage is the liberal elite&#
Post a Comment
Read more

May 31, 2019
I.A. Rehman BY giving Modi’s BJP a landslide victory, the Indian electorate has dealt its country a blow that might take a long time to recover from. The outcome of the polls has virtually buried India’s ideal of secularism and tightened the hold of crooks and the vulgar rich over the house of the people. The main plank of the BJP’s election strategy was a pledge to complete India’s transformation into a Hindu state. By backing Modi, the voters have indicated that their belief in secularism was only skin-deep. They have given Modi licence to tyrannise the minorities, and settle the Kashmir issue through brute force and chicanery. The only other plank in BJP’s electoral campaign was a threat to national security and belligerence towards Pakistan. Its triumph will put a strain on relations with all neighbours, especially Pakistan. Worse, it could increase the state’s amenability to pressure from the armed forces and lead to curtailment of basic freedoms and the rule of law. While the
Post a Comment
Read more 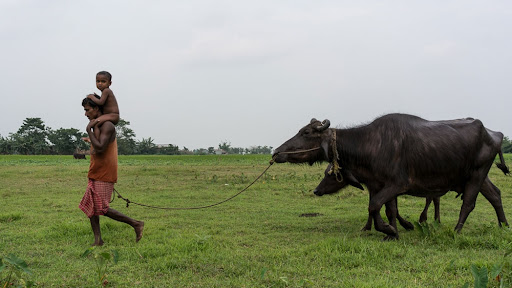 This is an old article, pub. in Al Jazeera back in 2018. Because of its relevance, it is reposted here. ------ As Assam counts its citizens, the fate of nearly 250,000 people, whose cases are pending in Tribunals, remains in limbo. By Saif Khalid Assam, India - At around midnight of November 29, 2016, Morjina Bibi was woken up by repeated knocks on her door. "When I opened the door, I saw two female police officers. Within a minute, several other policemen entered my house and asked me go with them," the 27-year-old told Al Jazeera. Bibi was thrown into detention centre for being a "Doubtful" or "D" voter - a concept introduced by India's Election Commission in 1997. Those marked as "D" in electoral rolls are stripped of their citizenship rights. She walked free on July 17, 2017 after it turned out she was a case of mistaken identity. Bibi, who is from Fofanga Part I village in Assam's Goalpara district, had spent nearly
Post a Comment
Read more 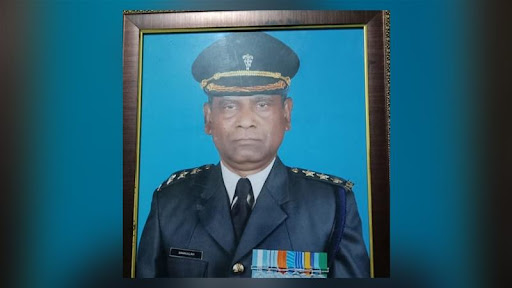 I am seriously disturbed and concerned by what is happening to India. Under Hindutvadi fascists, the country is becoming a den of intolerance against Muslims. Already we have seen how millions of Assamese Muslims have been robbed of their citizenship simply because they are Bengali speaking Assamese who happens to be Muslims. The same litmus test is not held for the Hindu Bengalis inside Assam, which during the British rule was part of Bengal (today's Bangladesh and Bangla or formerly West Bengal state of India). Read the report below about a Muslim army officer who has been declared recently 'foreigner.' What a travesty in India! ============ Sana Ullah says he joined the Indian army in 1987 and served in the troubled Indian-administered Kashmir [Courtesy: Sana Ullah's family] Mohammad Sana Ullah, who served in the Indian army for 30 years, is sent to a detention camp in Assam state. by Abdul Gani Guwahati, India - An Indian army veteran has been sent to a
Post a Comment
Read more

Message from Senator Bob Casey, Jr. on Uyghurs of China who are masss detained

May 30, 2019
Dear Dr. Siddiqui :   Thank you for taking the time to contact me regarding the Chinese Government's detention and persecution of the Uyghur ethnic minority in Xinjiang Province. I appreciate hearing from you about this issue.   For several years, China has pursued a crackdown on Uyghurs and other predominately Muslim people living in Northwestern China. As part of this crackdown the Chinese government has imprisoned anywhere from 1 million to 2 million people in internment camps that the government has dubbed "re-education facilities" and has used artificial intelligence and increased policing to surveil citizens, both in public and within their homes. The Chinese government asserts that mass detention of its own citizens is necessary to maintain peace and combat radicalization, contrary to reports from humanitarian agencies of torture, harassment and rampant abuse.   I condemn the Chinese government's actions in Xinjiang Province, and firmly believe
Post a Comment
Read more 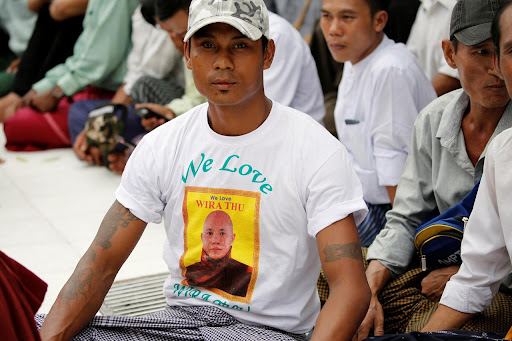 Our world is increasingly becoming difficult for Muslim minorities around the globe. Even Muslim majorities in many of the Muslim countries are not safe from the harassment and detention of the current regimes, if they are perceived a threat to the regime and its agenda of uninterrupted, undemocratic/authoritarian rule. In Myanmar, as part of a very sinister Buddhist national program, more than a million Muslims, mostly Rohingya, have been forced to seek refuge outside. Many are now housed inside Cox's Bazar in southern Bangladesh, which may likely become their permanent abode for a foreseeable future. The Buddhist fascist monk Wirathu played a major role in their extinction internally and exodus to external world with his toxic, venomous appeal to the Buddhist monks and mobs to ensuring the uproot of the targeted minority. Without the government backing, he could not have mobilized his hateful, savage Buddhists to doing the heinous crimes against unarmed civilians. Naturally, his
Post a Comment
Read more

May 29, 2019
BANGKOK — Myanmar’s military, accused of massive human rights violations against the Muslim Rohingya minority less than two years ago, is committing war crimes and other atrocities as it engages in new military operations in the western state of Rakhine, the human rights group Amnesty International said Wednesday. Myanmar’s army has “killed and injured civilians in indiscriminate attacks since January 2019” as it battles the Arakan Army, a well-trained guerrilla force from the Buddhist ethnic group seeking autonomy for Rakhine, Amnesty said in a report. It accused the military of carrying out “extrajudicial executions, arbitrary arrests, torture and other ill treatment, and enforced disappearances.” But it also says the Arakan rebels have committed abuses against civilians, including kidnappings, though on a lesser scale. “The new operations in Rakhine state show an unrepentant, unreformed and unaccountable military terrorizing civilians and committing widespread violations as a
Post a Comment
Read more May 29, 2019
CAIRO (Reuters) - Egyptian security forces have committed widespread abuses against civilians in northern Sinai, some of which amount to war crimes, Human Rights Watch (HRW) said on Tuesday. Egypt’s ground and air forces last year launched a major operation in Sinai to crush Islamist militants behind a wave of attacks against civilians and security forces. President Abdel Fattah al-Sisi ordered the operation after gunmen killed hundreds of worshippers at a Sinai mosque months earlier. The HRW report accused security forces of arbitrary arrests including children, torture, extrajudicial killings, collective punishment and forced evictions. An Egyptian military spokesman denied the report, saying it was based on undocumented sources. “The armed forces take into consideration the lives of civilians while implementing military operations against terrorist elements by conducting air raids outside population centres,” the military said in a statement. The watchdog documented what i
Post a Comment
Read more
More posts